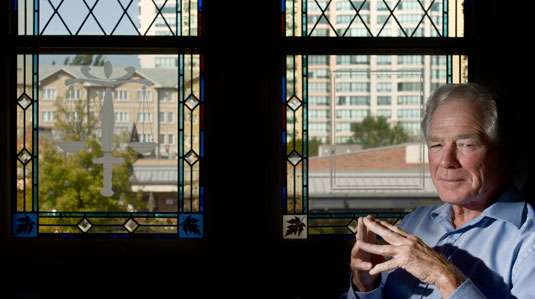 Raised in Toronto, Barnaby (Barny) has a Bachelor of Commerce degree from the University of Toronto and earned his Law Degree from Queen’s University. Since being called to the Bar over forty years ago, four generations of Halton families, businesses and entrepreneurs have entrusted Barny with their legal affairs.

For the past forty years, Barny has been, and continues to be, actively involved in the Halton community. Barny has participated in various leadership positions, including the Chairman of the Milton Downtown Business Improvement Association, Honorary Director of Milton Concert Presentations, past President of the Halton County Law Association, the Kinsmen Club and the Milton Tennis Club.

Since the beginning of his career, Barny has served the Halton community as a Solicitor, dealing with a wide variety of legal matters including wills, trusts, estates, real estate, and corporate and commercial law.

Barny is a sports enthusiast. When he’s not practicing law, he enjoys skiing and playing baseball, tennis and hockey. One of his greatest passions is opera. In fact, Barny has traveled the world to enjoy some of the greatest, most celebrated opera companies.

Lawyers who celebrate the art of listening